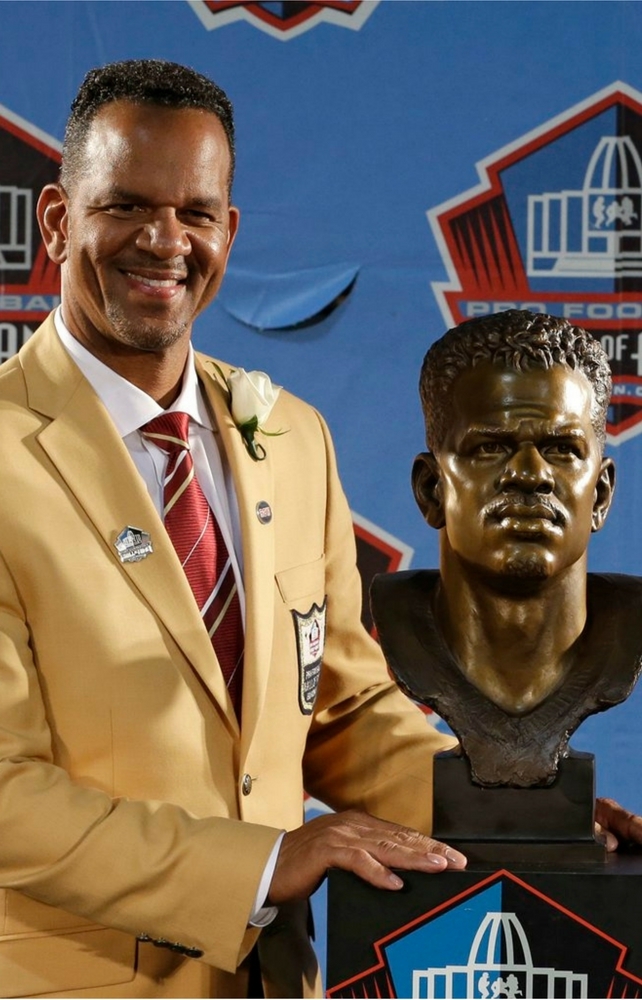 Buffalo Bills Hall of Fame wide receiver Andre Reed will be at Boys & Girls Clubs of Cleveland’s Walton Club at 4:30 p.m. Friday, October 6th for the second stop in his Read with Reed 83 Challenge literacy tour.

The Club is at 3409 Walton Ave. “My reading program called READ 83 has really taken and will support Boys & Girls Clubs in NFL cities,” Reed said. “I was a club kid who made it into the Pro Football Hall of Fame. Now I represent what they stand for and I know that through reading, every child can do the same. Reading is a way out!”

Team Read 83 is also excited to introduce this new collaboration with inner-city literacy experts from iKnowABC. In partnership with the Andre Reed Foundation, Pro Athlete Community Engagement Manager Theresa Villano and Cindy Finelli Coleman, M.Ed., of Cindy and Co., have co-created the Read with Reed 83 program.

In addition, Cindy and Co. has donated its award-winning iKnowABC eBooks and app to help the youngest members of Boys & Girls Clubs of Cleveland build a strong foundation for reading. Select Clubs also have VIP access to iKnowABC through the membership site at I Know ABC. The goal of Reed’s program – and his upcoming Boys & Girls Club visits in Cleveland and other NFL cities – is to encourage kids to exercise their mind, tackle a good book, catch the love of reading, understand reading is a way “out and up” and plan to read at least 30 minutes a day.

“Reading is tied to graduation rates and, ultimately, success rates, especially in inner cities where I plan to do my literacy programming,” Reed added. “It’s my new legacy, and my commitment to kids, to make reading cool again by incorporating pro athletes and the game of football into the program.” The nationwide Read with Reed 83 Challenge was launched September 8th in Buffalo, where Reed made his mark as a wide receiver. The literacy tour heads to Cleveland on October 6th followed by New York City on November 2nd, San Diego on November 19th, Kansas City on November 25th. and Boston on November 24th.

As part of the Cleveland event, First Energy will be sending 20 Boys & Girls Clubs of Cleveland kids and staff members to the October 8th Cleveland Browns game against the New York Jets. A Browns player may appear at the Walton Club event.

About Boys & Girls Clubs of Cleveland

Andre Darnell Reed, born in Allentown, Pa., was one of the key members of the Buffalo Bills during their glory years in the early 90s. Reed was a vital component to the Bills unprecedented run of playing in four straight Super Bowls. The Hall of Famer set the all-time Bills receiving record with 941 receptions, 13,095 receiving yards, 86 touchdown receptions and 36 100-yard reception games. Along with Jim Kelly, Reed was a part of one of the most potent offenses ever to play in the NFL. He was inducted into the Pro Football Hall of Fame Class of 2014. Reed also established The Andre Reed
Foundation (Andre Reed Foundation) in 2010 to help underprivileged children reach their full potential and become responsible contributors to their communities.

Headquartered in Reed’s hometown of Allentown, the nonprofit organization has supported local and national charities with a focus on Boys & Girls Club of America. In 2017, he established the Read with Reed 83 Challenge to use football as a tool to encourage kids that reading is fundamental to their future occupational success. He is now a national ambassador for the organization nationwide.